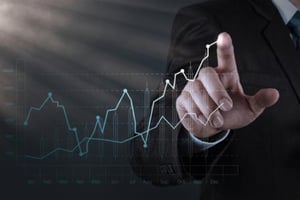 In S&P Dow Jones Indices’ most-recent annual report of active managers’ relative performance against their benchmarks, 2018 was a continuation of the same theme that has prevailed for much of the past decade: active managers struggled to beat their passive counterparts1. This included the fourth quarter when the S&P 500 fell over 13%. Many investors assumed active managers would shine during the long-awaited risk-off environment and were surprised when this didn’t play out accordingly.

“What’s different about 2018 was the fourth quarter volatility,” Aye M. Soe, a managing director at S&P and one of the authors of the report, told CNBC. “Active managers claimed that they would outperform during volatility, and it didn’t happen.”2

Why didn’t active managers perform relatively better? Some of this can be explained by an increased appetite for risk, including active bets on sectors that had been outperforming, such as information technology, which was one of the worst-performing sectors during the fourth quarter. We had been expecting many managers’ pro-growth, pro-cyclical sector bets to eventually backfire, as we penned in a late-2018 blog (read: Mutual Funds' Pro-Growth Sector Bets Could Be a Timebomb).

Stocks also traded less on company fundamentals and more on macroeconomic factors like Federal Reserve rhetoric and U.S/China trade tensions. This resulted in increased correlations between stocks which usually acts as a headwind against active managers.

Looking beyond the fourth quarter, it is important to remember that the relative performance of active and passive strategies has historically been very cyclical. For example, actively-managed funds in the Large Cap Blend Morningstar category, on average, outperformed in nine out of 10 years between 2000 and 2009. Since then, however, passive products have outperformed in every calendar year through 2018. You can read more on the topic of cyclicality here: Active Management - The Cyclicality of Outperformance.

Therefore, it is necessary to compare the performance of actively-managed products to their passive benchmarks over very long, multi-cycle periods, assuming the track records being observed are long enough. Over shorter time periods, such as Q4 or even the past 10 years, it is not surprising that active managers (on average) have struggled considering we have been in a bull market since 2009. Historically, active managers have tended to outperform in periods of prolonged moderate or negative stock market returns. Especially in negative-return periods, disciplined active managers with a bias toward high-quality stocks should outperform passive products in which a 100% downside capture is to be expected. 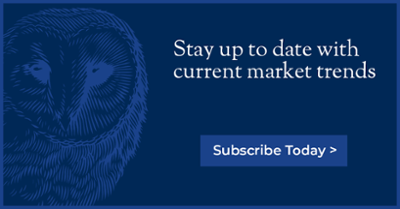