After a pandemic-related hiatus last year, we are excited to see the return of March Madness. For millions of Americans, filling out a bracket and participating in an office or family tournament pool is another small step in a return to the normal traditions we are accustomed to.

Many of us at Dana Investments are college basketball fans, so in the spirit of the season we offer a more light-hearted market outlook, sharing how we would seed some of the forces potentially supporting – or disrupting – the economy and markets.

We hope basketball fans will enjoy.

In a March Madness tournament, the one seeds are those tried-and-true teams you would expect to do well. They are the “base case” for market and economic outlooks. While these teams, or market forces, are supposed to carry on, there’s a hitch: If they fail to perform as expected, it could disrupt the market …or, in the case of March Madness, bust many fans’ brackets. Here are a few forces we deem as 1’s:

The Fed: It’s impossible to attribute any market downturn or upswing to a single factor, but no one would argue the Fed’s outsized role in the current market recovery. The central bank’s policies provided a safety net to the economy when things were ugliest last spring, and markets have rebounded since. The expectation that the Fed will continue to nurture a recovering economy continues to buoy markets. Any signal that it must veer from accommodative policies – for example a quicker-than-expected interest rate rise in response to inflation – would likely upset markets.

The FAANGM stocks: After several years of market dominance, most investors recognize the acronym (Facebook, Amazon, Apple, Netflix, Google, Microsoft). They are all quality companies, tied to long-term secular growth trends. But beware of weighting them to heavily in a portfolio. With valuations and growth expectations high, any disappointment could have a big impact on the stocks.

Reopening: An economic wakening, as society fully reopens is a champion, we could all embrace. As more people get vaccinated, we expect pent-up demand to unleash. As that spending begins, the confidence could feed on itself. But (see our list of 8/9 seeds) virus mutations, slow vaccine distribution or any setback to reopening could be a source of volatility in the coming months.

Reopening Stocks: As forgotten as a basketball team in the Big Sky conference, many stocks in the financial and industrial sectors have been unloved since the pandemic started. The same can be said for many consumer non-durable companies. But we compare some of these stocks to a team that finally has everyone healthy for the tournament and is poised to surprise. Find a stock with the right coach (prudent management team) and there is significant upside as the economy recovers.

Companies in the middle of the supply chain: Stocks of semiconductor, electrical component and automotive component companies may not garner as much attention as companies in their respective end markets. But we believe some of these companies will have strong growth – and pricing power – in an economic rebound.

COVID relief: This one is a less-talked about, potential negative for the economy. The government’s relief efforts have provided a vital safety net to many families in need during the pandemic. We don’t discount the significance. But there is a risk that relief efforts could provide a disincentive for some employees to return to the workforce immediately. That could lead to a labor shortage and a less-productive economy.

Small caps: We compare small caps to a mid-major basketball team. They’ve already done some spectacular things in the past couple months. But can they push through and outperform large caps this year? We believe the potential is there.

So, Who Are the Five Seeds?

In March Madness, it’s not just the strength of the 12 seed behind the upset. Sometimes it’s that the five seed they are playing is more wobbly than projected. We don’t see many five-seed analogies in the global economy, but there is perhaps one:

Europe: European equities have been a basket case since the financial crisis, experiencing occasional mini-bounces that excited investors. At the end of the day though, we see lacking innovation and demographics that are working against most countries, and nothing that gets us excited.

The Tough to Predict 8/9 Seeds

In bracket terms, the 8/9 seeds are the teams where you watch and hold your breath. They might lose in the first round, or win, go on to surprise a 1 seed, and enjoy a long run. Completely unpredictable. There are a few of those in financial markets too:

Tax Policy: With an evenly split Congress and an economy that doesn’t need headwinds, it is unclear whether the Biden administration is able, or willing, to push through tax increases on wealthy individuals or corporations. It is also unclear what those policies might look like.

Special Purpose Acquisition Companies (SPACs): While there has been much market enthusiasm for SPACs, they are a classic, unpredictable 8/9. Some will go on to acquire great firms, others will bring companies public that have a highly speculative business model.

Virus mutations: COVID, and the potential for virus mutations, still hangs as a threat over markets and the economy. While our base case is that businesses and industries continue to reopen, mutations that force restrictions are a looming risk. To finish our blog on basketball terms, our hope – and everyone’s hope – is that this team is sanctioned, and not a part of our Market Madness bracketology next year. 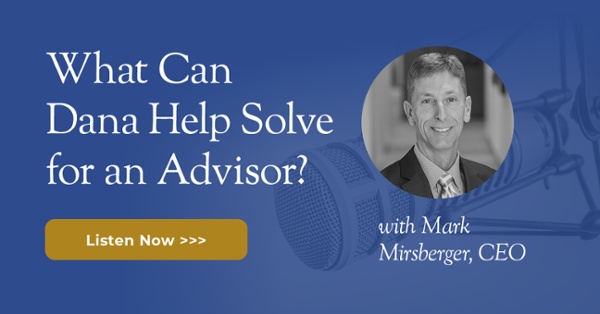