How Are We Investing?

As with most long-term investors, market movements in a single month don’t influence our investment process. But the investment environment does underscore why a couple hallmarks within that process may prove beneficial.

First, our portfolios equal-weight the stocks we hold within each sector. We believe this eliminates some of the concentration risk that currently exists within passive strategies or indices. We like the business models and growth potential of some of the larger technology stocks in the S&P 500, but feel comfortable holding them at more reasonable position sizes where they don’t have an outsized influence on total portfolio performance the way they have with the index in recent months.

Second, we remain fully invested in our portfolios, and are not trying to time the market by increasing or decreasing our allocation to cash. In a year where stocks have moved up – and down – quite quickly, we believe this philosophy is prudent. 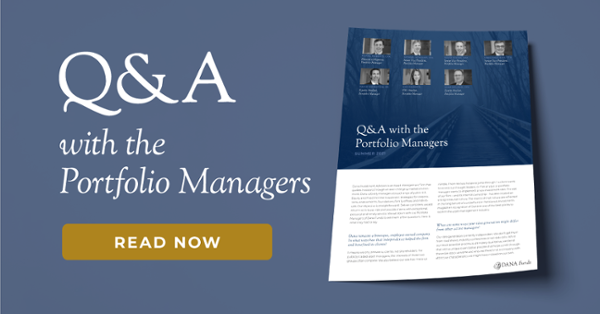